LEARNING FROM THE LEADERS OF THE IMAGINE AWARDS

On September 20, 2022 we held an informative discussion with the winners of the 10th Annual Long Island Imagine Awards. This webinar was free to attend for Long Island non-profit organizations.

Objective: Learn from a contingent of highly regarded non-profit leaders that are successfully moving the sector forward. Let their experience guide you to think differently and effectively advance your non-profit to the next level.

This discussion was moderated by Kenneth Cerini, CPA, Managing Partner of Cerini & Associates and Founder of the Long Island Imagine Awards, an event designed to recognize Long Island non-profits for their innovation, impact, and leadership. Attendees were given the opportunity to directly ask the guest panel questions.

Thank you to our Platinum Sponsors: 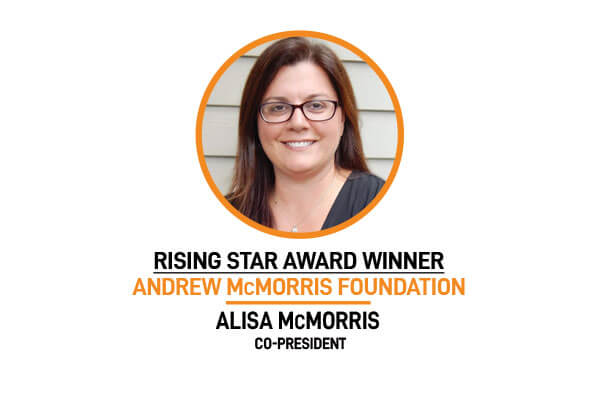 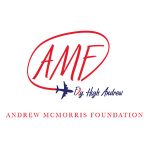 On September 30th, 2018, 12 year old Andrew McMorris was hiking with his Boy Scout Troop when a drunk driver plowed into the line of scouts, severely injuring 3 scouts and killing Andrew. Alisa’s world changed in an instant and her family was completely shattered. Through her despair she found hope in creating a foundation with her husband John and daughter Arianna to honor Andrew’s passions including singing, dancing, music, art, theater, aviation, and of course scouting, so that they’d have a vehicle to change from parenting Andrew to parenting his legacy. Their mission was to create positive change and recognize the achievements of unsung heroes, that embody Andrew’s spirit through scholarships, grants, and leadership awards. The Andrew McMorris Foundation was launched just 6 months after losing Andrew on his first birthday in heaven in 2019. In the organization’s first 3 years they have presented over 50 awards to deserving young leaders, was the speaker at multiple events including the Suffolk County District Attorney’s office program Choices and Consequences. Each year they hold walks, hikes and runs to finish what Andrew started as well as the Fly High Andrew Gala each year on September 30th to change their worst day into something that is meaningful. Alisa is no stranger to community service as she has worked in her local community for years as a Girl Scout leader, PTA volunteer and could often be found advocating for the fine and performing arts students and educators. Alisa has also done a tremendous amount of legislative work alongside MADD in support of technology that was signed into law last year in Washington DC. This was the single most important legislation in MADD history, marking the beginning of the end of drunk, drugged and impaired driving. From Driver’s Ed classes all the way to Washington DC, the organization’s ultimate goal is creating meaningful changes so that no one else has to endure the nightmare of losing a loved one to something that is 100% preventable. 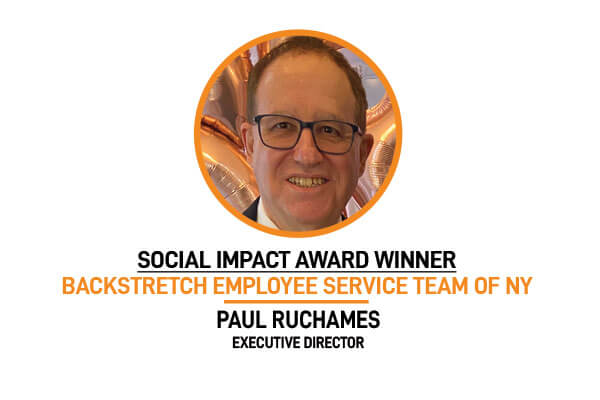 Paul Ruchames has been practicing as a licensed clinical social worker since his graduation from the Washington University School of Social Work (St. Louis Missouri) in 1978. Since 1980, Paul has worked as an administrator with diverse populations in a variety of practice settings; non-profit, public and private.

Since 2010, Paul has served as the Executive Director of the Backstretch Employee Service Team of New York (commonly known by its acronym; BEST) and has led the program to prominence as it has become a model healthcare program for horse race track migrant workers with free primary health care, access to affordable or free health insurance, substance abuse counseling, case management services, including food, clothing, transportation, translation services and more.

Prior to leading BEST, Paul Ruchames served as Executive Director for two different social service organizations (the Counseling Service of EDNY and the NY Center for Living) for more than two decades. Paul also served as Deputy Director for the Division of Substance Abuse Services for the Albert Einstein College of Medicine. Paul’s organizations focused on the needs of marginalized and indigent populations such as individuals from the criminal justice system, adolescents, substance abusers and immigrants. Paul’s compassion for these populations was his inspiration to author dozens of grant proposals which resulted in grant awards totaling over $75,000,000.

Paul has been a private practicing psychotherapist situated in Floral Park NY and Mineola, NY since 2007 and his practice serves, individuals, couples and families with a specialization in the treatment of addictive and anxiety disorders.

Paul has been a member of a number of Boards and Committees serving the diverse communities in which he has worked and as a result he has received numerous awards, including, on behalf of his organization, the Social Impact Award of the long Island Imagine Awards, the Social Worker of the Year from the Nassau County Division of NASW (the National Association of Social Workers), the Business Visionary award from the Caribbean American Chamber of Commerce and Industry, the Volunteer of the Year award from the Peace Valley Haven homeless shelter, the Exemplary Social Worker award of NASW (NYC chapter), the Herb Moelis Industry Service award, commendation for service on the Health Equity Task Force of Northwell Health and on behalf of his organization, the Agency of the Year award of NASW (Nassau Chapter). 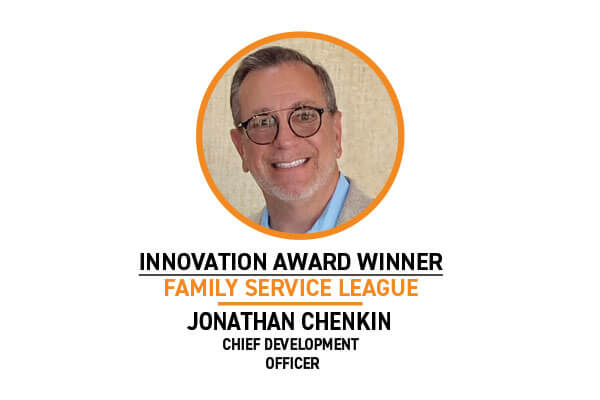 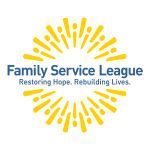 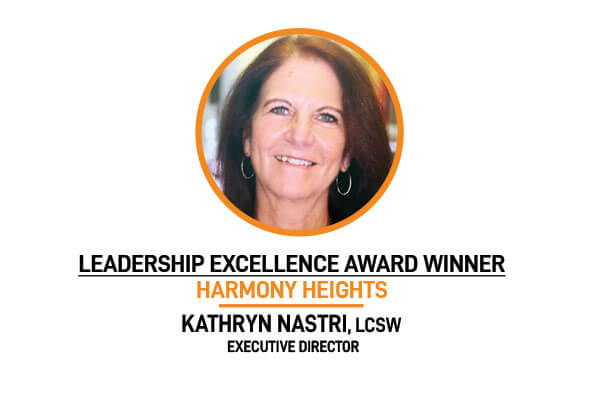 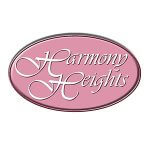 Kathryn Nastri, LCSW, has given her heart and soul to her nonprofit work and the Long Island community. She currently serves as Executive Director of Harmony Heights, a nonprofit organization located in Oyster Bay which has worked for 50 years to provide free mental health and educational support services to young people struggling with mental health issues who need greater support than can be provided in a traditional high school setting. Kathy joined the staff of Harmony in 1988 as a clinical social worker, and has held several positions including Supervising Family Therapist, Residential Director, and Associate Executive Director before becoming Executive Director in 2017.

In 2000, Kathy was the recipient of the Golden Apple Teaching Award, which recognizes master teachers and school leaders. In 2022 Kathy was named the winner in the Certilman Balin Leadership Excellence Award category, after having been named a semi-finalist in the category in 2021. The Town of Oyster Bay named her a Woman of Distinction in 2022 in acknowledgment of her years of making a difference in the lives of others.

In addition to her work at Harmony Heights, Kathy has worked as an Adjunct Professor at SUNY Old Westbury and has given her time to a variety of causes close to her heart, such as feeding frontline workers at Ground Zero in the months following 9/11, and participating in events such as the “Out of the Darkness” overnight walk to raise awareness for suicide prevention. 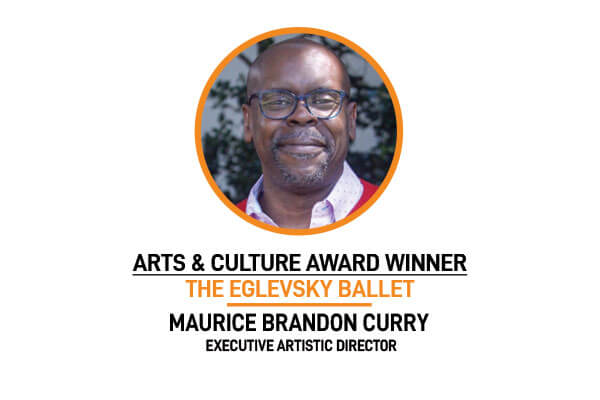 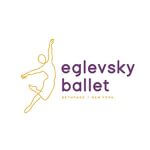 In 2015, Maurice Brandon Curry was appointed Executive Artistic Director of Eglevsky Ballet. He is the seventh artistic director in the history of the organization and the first to hold both titles. Mr. Curry began his initial training with Ned Williams and continued at the School of American Ballet, where he studied with Andrei Kramarevsky, Stanley Williams, Richard Rapp, Antonina Tumkovsky, and others. Subsequently, he trained with Ann Brodie, founding artistic director of Columbia City Ballet. As a dancer, Mr. Curry appeared with New York City Ballet and danced with Carolina Ballet, Kaleidoscope Dance Company, Les Ballet Jazz de Montreal, and DancEllington. In addition to his BFA in Choreography, Mr. Curry holds a degree in Digital Filmmaking and Multimedia. He is a sought-after consultant with dance studios, colleges, and conservatories across the country on matters of policy, programming, and curriculum.

His work as an educator has been recognized by many international organizations as he is a frequent guest instructor throughout the world. Mr. Curry was the Chairperson of the Dance Division at Usdan Center for the Creative and Performing Arts. He has also served on the faculties ofThe Ailey School, New York University/Tisch School of the Arts, Collaborative Arts Project 21, the Boys Choir of Harlem, NJ Foundation for Dance and Theatre Arts, Upward Bound at the University of South Carolina, and Long Island University. Mr. Curry was the Director of Educational Programs at the Joffrey Ballet School in NYC, where he was also a member of the faculty.

Mr. Curry’s ballets are in the repertoires of international ballet companies, academies, colleges, and performing arts high schools. In 2016, new works by Mr. Curry were added to the repertoires of the Alabama School of Fine Arts (where he was the resident guest artist) and the Columbia Ballet Collective at Columbia University in NYC. He has achieved major success as a director and choreographer in both the concert, musical theater, and commercial dance worlds working with many notable dance luminaries, recording and media artists. Mr. Curry’s award-winning choreography has been seen worldwide on stages, on television, and in film. In his first season as Executive Artistic Director, Mr. Curry choreographed a new production of THE NUTCRACKER especially for Eglevsky Ballet. The production’s new and innovative scenario, costumes, and choreography was a box office success, surpassing records of previous productions by the company.

Maurice Brandon Curry has served on the board of directors for dre.dance (a company directed by Andrew Palermo and Taye Diggs), the Bangor Ballet, DANCER magazine, and the Mark Stuart Dance Theater. Currently, Mr. Curry serves on the advisory board of the Young Choreographers Festival. Recently nominated to membership at the International Dance Council (which is sponsored by UNESCO) Mr. Curry is also a member of the National Dance Education Organization. Mr. Curry proudly serves on the Alumni Committee on Diversity and Inclusion at his alma mater, the School of American Ballet. Mr. Curry remains an in-demand educator and in addition to his teaching at Eglevsky Ballet, has returned to the faculty at The Ailey School.

Consistently, students under Mr. Curry’s tutelage and mentorship have been accepted into the most prestigious training programs, universities, and summer courses in the nation. His former students have danced or are currently dancing with the New York City Ballet, American Ballet Theatre, the Joffrey Ballet, the Royal Ballet, the Dutch National Ballet, Alvin Ailey American Dance Theatre, Ballet San Jose, Dance Theatre of Harlem, Cincinnati Ballet, Pittsburgh Ballet Theatre and on Broadway, in film, and on television.

You can find out more about which cookies we are using or switch them off in settings.

This website uses cookies so that we can provide you with the best user experience possible. Cookie information is stored in your browser and performs functions such as recognising you when you return to our website and helping our team to understand which sections of the website you find most interesting and useful.

Strictly Necessary Cookie should be enabled at all times so that we can save your preferences for cookie settings.

If you disable this cookie, we will not be able to save your preferences. This means that every time you visit this website you will need to enable or disable cookies again.